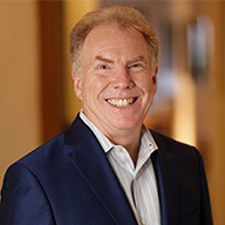 Greg Myers is an Executive Managing Director of Beecher Carlson leading the manufacturing sector. This also includes all extended warranty and F&I operations. Beecher Carlson specializes in insurance and reinsurance brokerage, consulting, and captive management for large corporations and groups.

Mr. Myers has worked with Fortune 500 organizations in designing and implementing their insurance programs. Many of these programs have included captive insurance companies, rental captives, large deductible, and self–insured retentions. He has been named as an Automotive Power Broker by Risk & Insurance Magazine five times.

Mr. Myers has been with Beecher Carlson since 1984. Prior to joining Beecher Carlson, he worked as a consultant with KPMG from 1982 to 1984 working on employee benefit programs and specifically developing software systems for calculating pension benefits. He worked with Tillinghast performing similar consulting work from 1979 to 1981. He spent one year between 1981 and 1982 working with Honeywell as a software engineer developing a new Cobol compiler.

Mr. Myers is a frequent speaker at local and international risk management and insurance conferences. He has authored articles for such publications as the John Liner Review, Risk Management, Captive Insurance Company Review, Leaders, Asia Insurance Review and National Underwriter. Mr. Myers received his undergraduate degree and M.B.A. from the University of California, Los Angeles.

The fastest growing administrators have embraced their digital transformation by utilizing technology that allows them to automate everything from policy issuance and claim submission to online reporting. Have you? More Info